One of the potential symptoms of postnatal depression/ anxiety is persistent worries about the wellbeing of your baby.  These might include repetitive thoughts or images about your baby being hurt or harmed in some way and this can be one of the most difficult symptoms for new parents to endure. Sometimes these thoughts can lead to compulsive checking behaviours, to make sure your baby is okay.

Some parents suffer with what can feel like ‘out of the blue’ or intrusive thoughts or images that can be very frightening. For example, ‘what if I drop the baby when I fall asleep?’ Or an intrusive image of the baby rolling off the changing table.

Half of new mothers report these kinds of unwanted thoughts, and potentially many more mothers experience them. Some new parents experience intrusive thoughts that include hurting their infant on purpose, which can be particularly distressing and cause ongoing doubt about their ability to parent.

However, research has shown that these kinds of intrusive thoughts are rarely acted upon and not linked with increased risk of harm to infants.

There are several theories as to why these thoughts occur. Most of the population experiences unwanted/ intrusive thoughts from time to time, but sleep deprivation in the first months of parenthood can make it hard to brush aside what would otherwise be brief and passing thoughts, and anxiety can lead to thought loops of ‘What if..’ .

Add to this changing hormone and stress levels and the brain can generate ‘worst case scenarios’. Because parents have a heightened protective response in the first few months of their child’s life, it can create hyper vigilance and increase their perception of risky or potentially unsafe scenarios. These kinds of thoughts are a common manifestation of anxiety and no reflection of your capability as a parent. You can have scary thoughts and experience anxiety whilst still taking good care of your baby.

If these kinds of thoughts are worrying you, it is recommended that you share the experience with your health practitioner so they can provide you with tailored support and treatment. Sometimes simply sharing the nature of these thoughts with someone and having them normalised can be a relief.

Sometimes intrusive thoughts about your baby being harmed can become obsessive and can lead to compulsive checking behaviours, to make sure your baby is okay.

For some, intrusive thoughts can become linked to urges to take certain actions in order to reduce anxiety (you can find examples below). If this cycle starts to interfere with your daily functioning, you could ask a health practitioner to assess you or your loved one for Obsessive Compulsive Disorder (OCD).

Most of us are familiar with the well publicised version of OCD which involves compulsive hand washing to relieve the fear of germs/contamination, however during the perinatal period OCD can emerge in different ways, often involving fears around the baby’s safety. Some studies show that new mothers have a greater incidence of OCD than the general population.

Some examples of obsessive thoughts/ imagery may include:

Examples of compulsive behaviours (attempted to alleviate anxiety) include:

Perinatal OCD can be frightening to experience and talk about.  It’s important for parents suffering with intrusive thoughts or OCD to know that the chance of actual harm to the baby is very rare. Practitioners experienced with perinatal mental health understand that distressing intrusive thoughts can occur without any intention to harm a baby.

If you need to talk to a trained and experienced professional you can contact your General Practitioner, WACPPS or call the PANDA (Perinatal Anxiety & Depression Australia) helpline to find a practitioner (1300 726 306).

Postnatal psychosis is a rare condition that affects 1 to 2 women in every 1000 after the birth of their child. There is very little awareness of the condition, and it can come as a shock for those who experience it. However, with the right treatment women can make a full recovery.

Although the causes are not yet fully understood, women who have previously been diagnosed with bipolar disorder may have some increased risk of experiencing psychosis after the birth of a baby. Those women who have previously experienced psychosis following birth may be at higher risk than the general population for their next birth. With a good medical support team, these risks can be decreased or managed well.

Symptoms can occur from four to twelve weeks after giving birth, often with the first signs being uncharacteristic changes in mood and behaviours. Often symptoms include experiencing distortions in reality, such as intrusive thoughts and sensory hallucinations. Sometimes symptoms aren’t recognised until later when piecing events together.

While it can be a distressing condition it is fortunately temporary and treatable given the right support.

Some of the symptoms included above crossover with postnatal depression/ anxiety. If you think a loved one might have symptoms of postnatal psychosis, please help them seek support straight away. It is an acute condition that needs urgent attention.

Treatment will usually involve psychiatric assessment, stabilising medications and a period of admission to hospital, along with ongoing support through the recovery process. 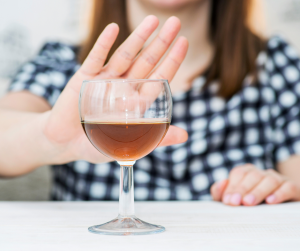 Alcohol Consumption in the Perinatal Period 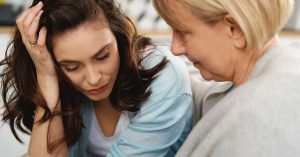 How do you know if you have postnatal depression/ anxiety? 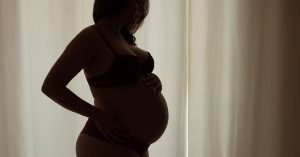 Sign up for our next perinatal & parenting group or workshop

Did this resource help?

If you found this article helpful, we would appreciate it if you were to share it with your family and friends.

If you have any questions about this article or Western Australian Centre for Perinatal Mental Health & Parenting Support (WACPPS), feel free to contact us.

The Western Australian Centre for Perinatal Mental Health and Parenting Support (WACPPS) is the sister organisation of Women’s Health & Wellbeing Services, a not for profit organisation that works with women and families in the community to reduce the impact of mental health problems on families and to help foster growth, for strong women and strong families.